‘The Very Strange Adventures of One Travelling Knight’ – Part One

The beginning being, as is generally agreed, an important place to start from, let’s start with the Red Knight. It’s important to be clear from the outset that the Red Knight was not a hero, even though in his daydreams he frequently took on that role. He had set out from the Castle where he was born and raised more from a sense of curiosity about the world outside its walls than any desire to make that suffering world a better place. He had heard whispered and shouted tales of foreign lands and strange people and it seemed to him that he should see them before someone else took the opportunity away (he wasn’t clear on how this might happen, but it was still a danger to be avoided). What he had seen of domestic life in the castle didn’t encourage any expectation in him that it would bring much in the way of variation and novelty and he was secretly afraid of ending up like one of the lifeless and graying old men he sometimes saw sitting in the courtyards. It never occurred to him that they might be quite content watching the fountains and feeding the visiting birds, but he was young and couldn’t imagine the stories of those who weren’t. Not then.

The Red Knight – his name was Phillip – was not a bad young man though. Oh he was full of himself, given to easy cynicism and posturing. But he sometimes enjoyed the company of others, took an interest in learning and – though he did not realize it then – had a general desire to do some good in his life.

Phillip knew he struck an impressive figure in his red armour,  riding his white horse Carl through the winter woods. He liked to imagine that even  the rabbits peeping out from their burrows took particular note of him. He rather hoped that he would eventually see some people his own age through the stripped bare branches. Other adventurers perhaps, with opportunities for romance – well, pleasure –  and the possibility of scandal. Not that he was particularly well versed in either but he saw no reason why lack of experience should be a barrier.

In fact, he met a goblin. The creature was small, person shaped and quite spectacularly ugly. Its knobbly face appeared to either made of or encased in stone. Its green eyes blazed with an unwholesome fire. Phillip had a strange sense of wings and talons, though none were actually to be seen on its body.

The goblin was sat on one of the lower branches of a tall, entirely unremarkable tree.

‘Good morning sir’ it said in a high pitched voice.

‘Yes’ said Phillip. ‘It would be if it wasn’t already afternoon’

Through the visor of his helmet, Phillip saw a smile splintered the goblin’s face.

‘Quite. Would you do me a favour young man?’

‘How do you know I’m young? I’m wearing armour’

‘What a perceptive question! Why yes indeed you are. But you have the voice of a young man’

The goblin jumped from the branch, landing on the ground with a heavy thud like falling rocks. It turned and pointed to an opening in the tree trunk. It was dark inside though with a curious purple light.

‘I dropped my book in there. In the tree’

‘A book?’ Phillip had had little to do with books in his life.

‘Yes. Little green one. Picture of me on the front. Autobiography in fact. Should be  fascinating reading for all’

‘Honestly, get the book for me and I can promise you all sorts of adventures away from this nasty world’

From his great horse, encased from head to toe within shining red armour – this being an age that made armour essential –  Phillip down at the goblin and looked down at the tree and laughed, a sneering laugh held almost entirely within his nose.

‘Well how am I ever supposed to do that?

And then this tiny, ridiculous creature somehow reached up, pulled Phillip from his horse and threw him head first into the opening. Into the tree. Into the library within the tree.

As he disappeared into the yawing black hole, he heard the goblin call ‘Oh and my book might just save the world. So keep an eye out for it.

Which was when the adventure really began. It was to be nothing like Phillip had been expecting. 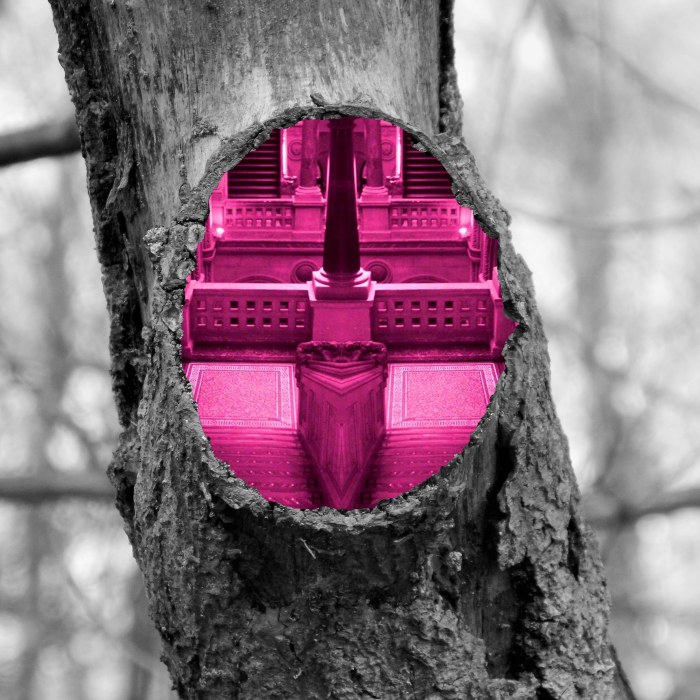