Exhibiting My Work: ‘How Does It Make You Feel?’ at Aire Place Studios, Leeds

My first exhibition of 2017 is a collaborative show with Leeds based artist Katie Plenty. The show is entitled How Does It Make You Feel? and was inspired by the famous Rorschach Test in which psychiatrists recorded and analysed their patients reactions to inkblots, with the aim of understanding the workings of their subconscious mind. Although the effectiveness of the Rorschach Test has been hotly debated over the years, it remains one of the most widely recognised popular images of psychiatry – as iconic as the classic patient’s couch.

For our show, Katie and I created five digital images each. We  drew on the symmetry of the inkblot to show the lines of nature and technology in new ways and invited the audience to record what they saw and how it made them feel. Outside the bounds of the psychiatrists room, the meanings they found were  free of the possibility of expert analysis and were able to develop unbound within the viewer’s mind, perhaps triggering further associations at different levels of their thought processes.

My five pieces were Gestalt I – V . A Gestalt is something which is other than the sum of its parts. It is a term applied to certain types of group working and has some popularity in more conceptual Science Fiction. In psychology, it refers to the  attempt to create a meaningful, whole view of a chaotic world. For my images, I used photographs that I had taken of trees and giant hogweed. These were then reflected against each other and distorted to create new patterns and fresh possibilities. They became other than the elements that created them.

The location for the show is Aire Place Studio, a multi-functional arts and crafts space  and gallery based on Kirkstall Road in Leeds. Aire Place has a strong focus on encouraging engagement with art and also on raising awareness of and increasing support for mental health issues.

We found the staff – who are primarily volunteers as it is a not for profit organisation – extremely helpful and full of useful tips when we were setting up the show. It’s an excellent venue for new and upcoming artists to display their work. 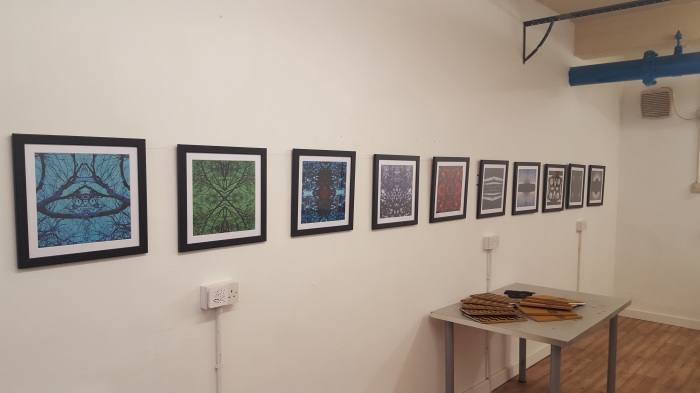 The five pieces I contributed to the show.

Running alongside this are three pieces from my 2016 show Aliens Among Us. 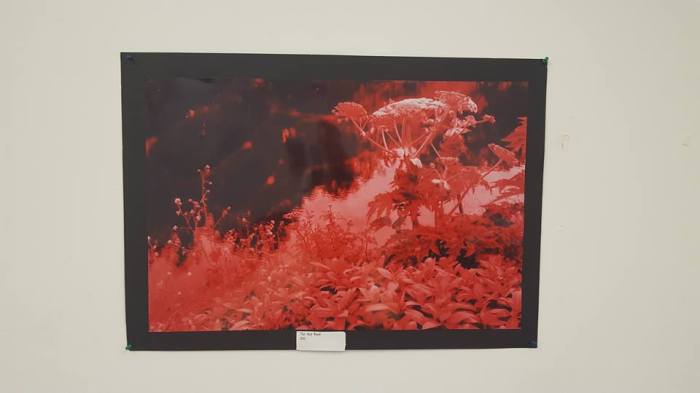 There has been some great feedback on the show. I hope you have enjoyed seeing the pieces that I created for it and I would love to know how they make you feel!