One of the most exciting things to happen to me in 2016 was the opportunity to exhibit my work in different venues across my home city of Leeds. As the year is drawing to a close, now feels like a good time to look back on the adventure so far.

(1) Inside My Mind at Oxford House

Held in March, Inside My Mind, curated by Katie Plenty, brought together artists working  in  different mediums to explore the experience of mental illness. My piece, Split Vision, is a representation of the dissociative effects of depersonalisation and derealisation which I have experienced since I was 16. Inside my Mind was held in the city centre venue of Oxford House.

The first show was a great success and so a larger one, involving many of the same artists and again curated by Katie Plenty, was commissioned for a month at Café Lux in Pudsey. This time I contributed two images of electricity pylons, drawing on the link between energy and thought. 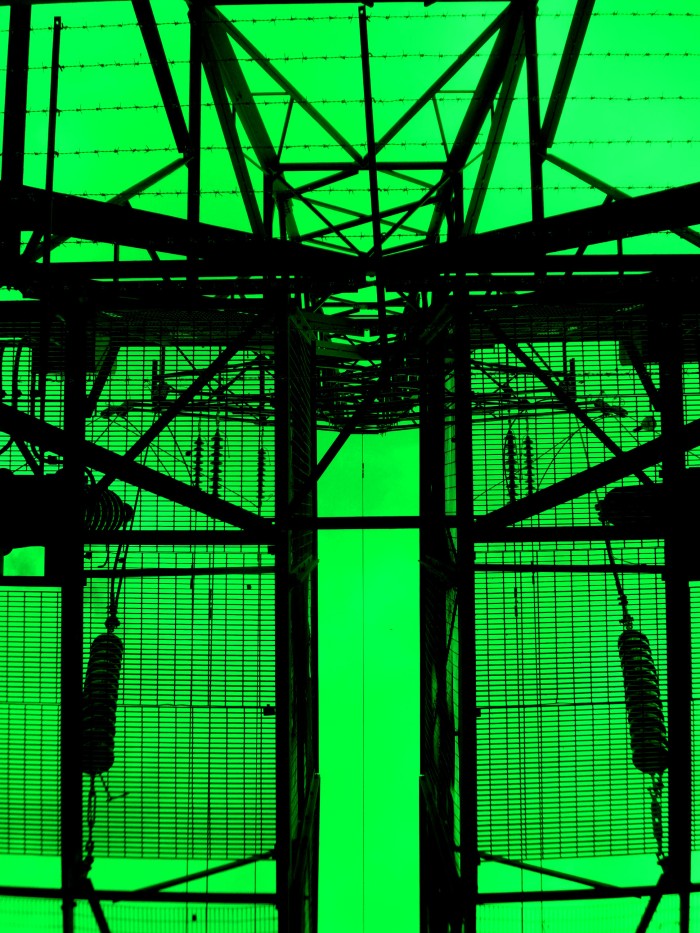 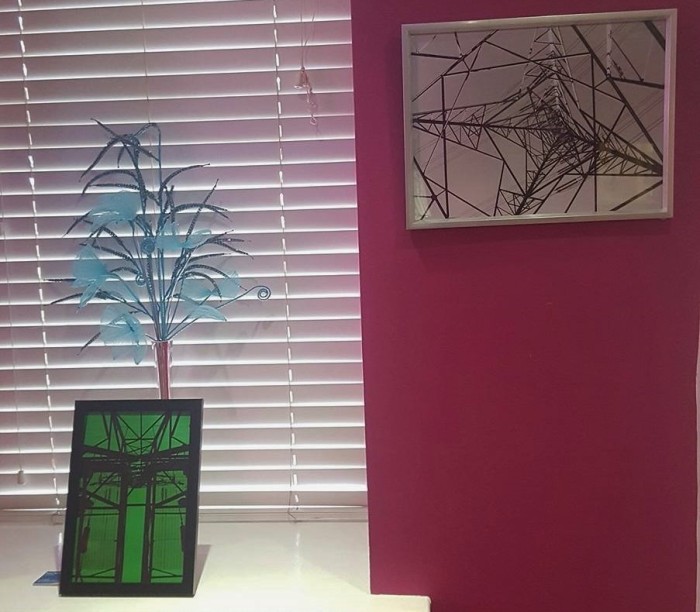 (3) Views of Leeds at Roots and Fruits Cafe

At the same time as the group show at Café Lux, I put six of my photos on display at Roots and Fruits Café in the Grand Arcade near the famous Grand Theatre. This is one of the most post popular vegetarian and vegan venues in Leeds. These six images looked at the city in new ways, focussing on details which might often be overlooked. This included one of the pieces used in Inside My Mind 2

(4) This is Me at Leeds Central Library.

In September, I took part in the This is Me show organised by Arts and Minds at the beautiful Leeds Central Library. My contribution, An Alien Always, used a green tinted photo of an electricity pylon as a symbol of alienation, aiming to show that such states have their own strange allure. This lead into my last and biggest creative endeavour of the year.

(5) Aliens Among Us at Roots and Fruits Café

Returning the wonderful and welcoming venue of Roots and Fruits, my solo show Aliens Among Us featured six 30″ x2 20″ images. Using photos of both electricity pylons and the notorious yet attractive plant Giant Hogweed, this was an exploration of the ways in which man made and natural objects may appear alien and fascinating. It was the culmination of my year’s artistic work and very exciting – and sometimes nerve wracking! – to plan and set up.

Setting up the show 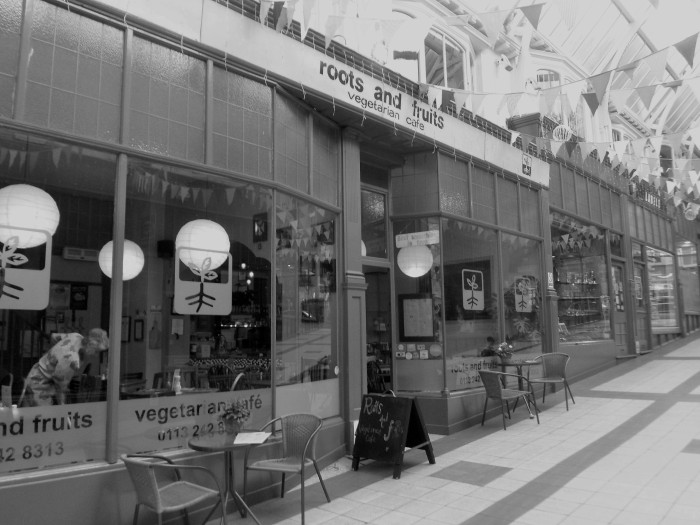 Being part of the artistic life of my home city has been a fantastic experience and I am looking forward to doing more in 2017.