Skipton Castle  stands in the popular town that bears its name. It dates back to the 1300’s when it was home to Lord Robert Clifford of Skipton. In its day, it was a formidable fortress, designed to discourage attackers before they even tried. Much of the building has survived and it’s great fun to explore. 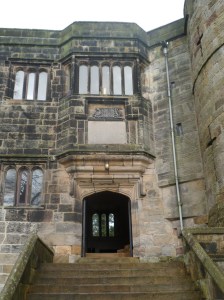 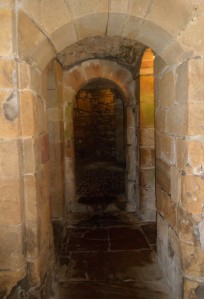 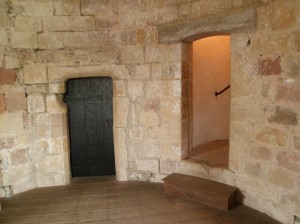 There are lots of passages and many rooms to see. Perhaps because of its long history, the interior seems to continually change around you. 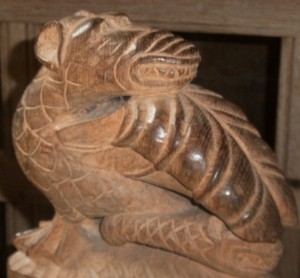 Featuring on the heraldic arms of John Clifford, ninth Lord of Skipton, the Wyvern is half dragon and half sea serpent. This one is perched on top of a staircase, presumably waiting for the opportunity to gobble up a passing tourist or two. 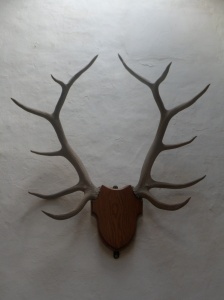 These slightly sinister  antlers are mounted in the banqueting hall. 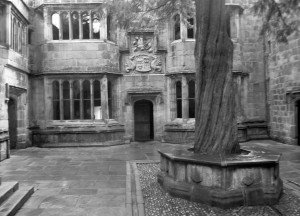 All routes through the castle seem to lead back to the beautiful Conduit Court. Originally housing many of the domestic quarters of the building, it has now taken on the feel of something from a fairy tale. The curious effect of continually returning to it also gives the impression of space having folded back on itself. It’s as though M. C. Escher, famous for his artistic representations of impossible structures, had a hand in the design. 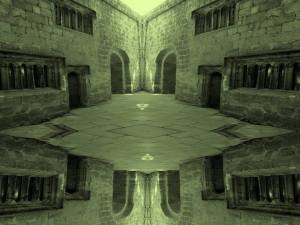 All in all, Skipton Castle is an atmospheric and interesting place to spend time, whether you are interested in medieval history or just want to play at Game of Thrones.