Travel Room: How Do I Look? @ Abbey House Museum

There have recently been a host of fashion themed shows  held in London, most notably the Alexander McQueen retrospective at the V&A Museum. For those based in Yorkshire, the Abbey House Museum in Kirkstall, Leeds, has picked up on this trend with How Do I Look?, an exhibition exploring the many ways that people have enhanced and altered their physical appearance.

While there is some photographic material, the bulk of the content is focussed on presenting the ingenious means that have been employed to change how people look. These range from an example of  Chinese shoes used as part of the now notorious foot binding process to electronic devices from the 50’s used to create women’s’ hairstyles. The latter, high-tech in their time, now look like the sort of thing that might have been used to brainwash Captain Kirk in an episode of Star Trek. There are also some beautiful historical objects, including a Japanese theatrical mask and a small Hindu figurine of a dancing woman.

The show wisely avoids treating the subject matter like a freak show and instead seeks to place it in a historical context. Each display has some interesting accompanying facts which demonstrate that fashion, in one form or another, has always been with us. As someone who has both piercings and tattoos, I was pleased to see that the organisers have plugged into a well-regarded local tattooists for some of its content, including the equipment used and examples of classic ink designs. For anyone wanting to see how they would look with Marge Simpsons’ blue hair, there is also a selection of wigs to try on.

How Do I Look? is a fairly small show but also an enjoyable one. It brings together a diverse range of content from different times and places, to provide a short but enlightening overview of a fascinating subject. It is open until 31st December. 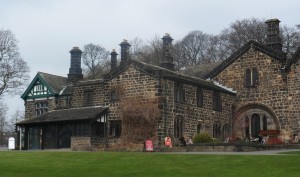 Also within Abbey House Museum are the famous Victorian Streets, a recreation of Leeds city life in the 19th Century. These are great fun to wander around whether you are a student of history or just want to pretend you have travelled back in time. They always makes me feel like I should be wearing a deerstalker and smoking a pipe.

Close to the museum are the beautiful ruins of Kirkstall Abbey. This Medieval Cistercian monastery is an iconic part of the Leeds landscape. It’s a charming and atmospheric location. 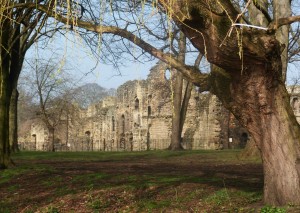 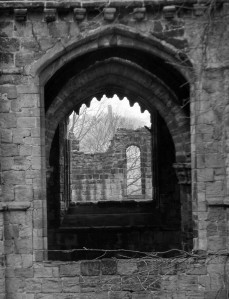 With Spring and the Easter holidays nearly on us, both the  Abbey House Museum and the Abbey make for a relaxing day out.