Walking Through Cities: Beginnings and Endings

There are places in any city that seem made to start adventures from. They are rich with the possibility of new experiences. 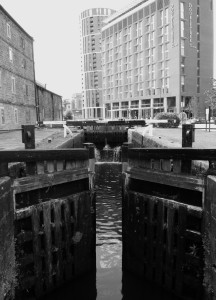 Lock One is the very first lock on the Leeds Liverpool Canal. No longer used for transporting goods, the canal is popular with holidaymakers taking long Summer trips on narrow boats. The canal runs past many of the sites of Leeds industrial history and then out through other towns and cities. 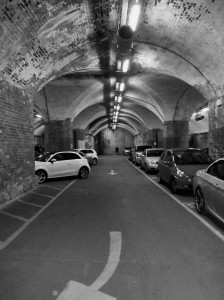 Close to Lock One are the Dark Arches which straddle the River Aire. Built in 1869, the Arches support Leeds City Station, another starting point for journeys. They are home to a shopping complex called Granary Wharf and used to be the site for a wonderful market. Much of it has now been turned into car parks. A sign of the times. Cars invade everywhere. Petrol fuelled colonists. Sometimes you notice their absence more than their presence. 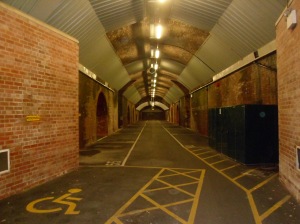 But still there are parts of the Arches that are sealed off from the cars. Ignored, they gradually slip back to an earlier time. 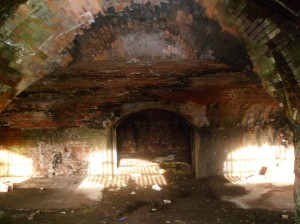 Not far from the Dark Arches is Bridgewater Place. 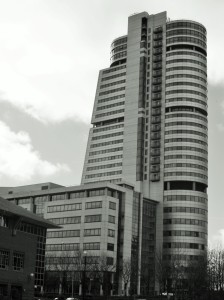 The building is popularly known as The Dalek after the alien race of conquerors from Doctor Who. A futuristic skyscraper, it stands out as a new arrival and a vision of the future. 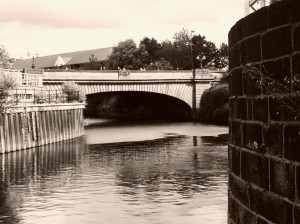 And from here, the canal flows into the River Aire, which in turn flows on to other places and other adventures.

This is the last in the current series of Walking Through Cities. I hope you’ve enjoyed it. Thank you to everyone who has supported it with comments and favourites.