Walking Through Cities: The Abbey 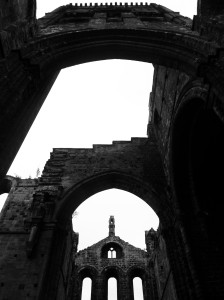 There are some parts of the city that seem to be outside of time. Half ruined and somehow eternal. Like here: Kirkstall Abbey in Leeds.  Founded in 1152, by Baron Henry De Lacy of Pontefract Castle in return for his recovery from a serious illness, it was closed in 1539 during the destruction of the monasteries. Since then, it’s enjoyed life as part of the community, hosting markets, tourist events, even a road. 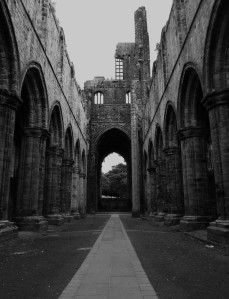 There’s so much history here and yet the space within doesn’t feel heavy. It could almost be a gateway to otherworldly experiences. 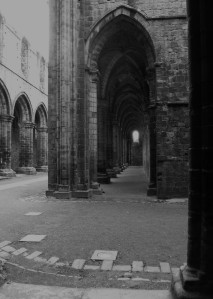