The right wing press and assorted politicians and lords in the UK have recently been getting very upset about a short story by novelist Hilary Mantel called The Assassination of Margret Thatcher. Set in the early 80’s, when Thatcher was consolidating her iron grip on power, the story imagines an encounter between a middle class housewife and a gunman with the Prime Minister quite literally in his sites. The writer has been open about her detestation of Thatcher who to some people in the UK – and a surprising number overseas – is still something of an icon. The issue that that seems to have upset people is that Mantel describes a scenario leading up to a real life person getting blown away.

The complaints are plainly nonsense. For a start, Thatcher is long dead and her life story memorialised in an exceptionally over-simplistic Meryl Streep film. But more importantly, fantasies about killing or attacking the famous and the powerful are nothing new. Tarrantino’s Inglorious Basterds imagines the extravagant execution of Hitler on the basis that the reality of his suicide lacked dramatic satisfaction. Eminem’s song Stan wasn’t just an excuse for him to unleash Dido on the world but was based on his own fan base, in particular those who revealed online their fantasies about killing or raping him. More recently, the near endless stream of arrests of Justin Bieber had a large number of people online hoping that he would get raped in prison. It became a virtual collective fantasy. There was even a Claymation series a few years ago called Celebrity Deathmatch that pitted different famous people against each other in terminal fights (though I still think it would have been more unexpected if the Backstreet Boys had killed the Beastie Boys instead of the other way around). And of course, any newsworthy death is destined to end up as a punch line on South Park.

JG Ballard, a writer who seemed to anticipate much of the 21st century, incorporated some of these themes in his 1970’s novel Crash. The protagonists dream of death in collision with others and Vaughn, ‘nightmare angel of the expressways’, years for a car mangled union with Elizabeth Taylor. Ballard, like Warhol, understood that fame, desire and death are inextricably linked. JFK’s final moments were destined to be the most replayed of his life.  Hatred and love attach people to their leaders and icons and both of those emotions can drive people to murder or assault. Mantel’s story has a long pedigree.

It’s also a really good story. The build up is patient and the writing only becomes gleeful right at the very end. Both characters are vividly drawn: neither are perfect people and their feelings about Thatcher have the ring of authenticity. The writing challenges the reader to consider Thatcher and the ruthless greed she represented as well as the moral implications of assassination. Mantel acknowledges that a leader who does great harm to people is someone others might reasonably wish were dead. Would the story have attracted so much hostility if it had been about the death of Putin or Mugabe? Perhaps most brilliantly, the story unfolds in a recognisably middle class world that gives it an atmosphere of surreal familiarity. Big historical events happen where there are shops and garden centres. It rises the thought that is present in much speculative fiction: what would I do?

I’m not a fan of Thatcher in any way. And while I enjoy Mantel’s critique of Thatcherism, I can perhaps understand that it will not to be an enjoyable read for Conservatives – any more than DH Lawrence’s right wing ‘leadership’ novels were for me. But it is a well written and thought provoking piece and one that it is part of an intriguing phenomenon 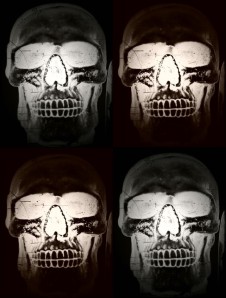